The Fox River Study Group, a multi-stakeholder group (Friends of the Fox River, Sierra Club, Fox River (Elgin area) and Fox Metro (Aurora area) water reclamation districts, Kane County, Fox River towns, Fox River Ecosystem Partnership, Illinois EPA) has engaged the Illinois State Water Survey to help in answering the question of what are the critical issues of the Fox River. Survey staff have been compiling and analyzing data on the Fox River from various sources. In October 2003 they will report their findings to the group. They will provide an analysis of the available water quality data on the Fox River that will identify water quality issues both in terms of location on the river and time of year (summer low flow, spring rains, etc.). They will also provide information on where the quantity of data available is sufficient and where data gaps exist.

In the meantime, the 2002 Illinois Water Quality Report produced by the Illinois EPA is the best source of information on the water quality issues facing the Fox River and most other rivers, streams and lakes in Illinois. (Some small streams and lakes have not been studied.) The report also contains an assessment of the state’s groundwater resources. The Clean Water Act requires each state to prepare and submit this written report to Congress every two year.

The Fox River is divided into 17 segments, from the Wisconsin border to its mouth at the Illinois River, for this report. Impairments are listed for each segment along with a code that indicates how confident the Illinois EPA is in the data they have on an issue. For a listing of this information, see Water Quality Issues of the Fox River.

In summary, the presence of PCBs in fish tissue is the most ubiquitous problem in the Fox River (and in many other rivers in Illinois). Each segment of the Fox River has this impairment listed, and the Illinois EPA’s confidence in this information is high. But they are not certain at all of the source of the problem, listing it as unknown.

Flow alteration is the next highest listed impairment for the Fox followed by (in order) habitat alteration, organic enrichment, low dissolved oxygen levels, suspended solids, siltation, nutrients (nitrogen in 5 cases, phosphorus in one case), pathogens, priority organics, pH and excessive algae growth. Volunteer monitors who sample and identify the macroinvertebrates found at their sampling site are measuring the overall health of the site. Sites with pollution-tolerant organisms and a low diversity of organisms may be impaired by anything from low dissolved oxygen levels that directly affect aquatic insects to siltation that smothers better sand and gravel substrates to other habitat alteration which diminished the diversity of habitat available to river organisms (like hard surfacing of streambanks which eliminates bank undercuts).

Volunteers can also easily directly measure water quality parameters such as pH, dissolved oxygen, nutrients such as phosphates and nitrates and suspended solids. Concerns with all these parameters have been identified by the Illinois EPA somewhere on the Fox River. Simple testing kits can indicate a problem that can be followed up with more precise testing, either by the volunteer using a more complicated test or sampling device or by having the sample reanalyzed by a qualified lab. The Illinois State Water Survey database places more confidence on data collected following a plan that has Illinois EPA approval. All data which the Illinois EPA itself collects as well as studies like the Max McGraw Wildlife Foundation’s Fox River Fish Passage Feasibility Study and the sampling currently being done by the Fox River Study Group itself are done following an approved Quality Assurance Project Plan (QAPP). The Illinois Riverwatch program has developed a QAPP for their macroinvertebrate sampling methods, and the Sierra Club is working on putting together a QAPP for the chemical sampling that their volunteers perform. Still, any volunteer data is useful to identify potential problem areas that can alert others to do further sampling and testing. Especially when volunteers sample sites that are not part of another monitoring program, their data can be critical to identifying and resolving problems within the Fox River watershed.

Friends of the Fox River 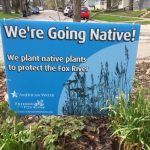 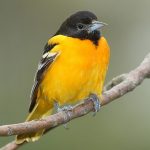 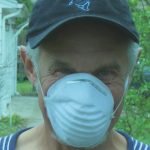