Blue Greens in the Fox – Another Dam Matter 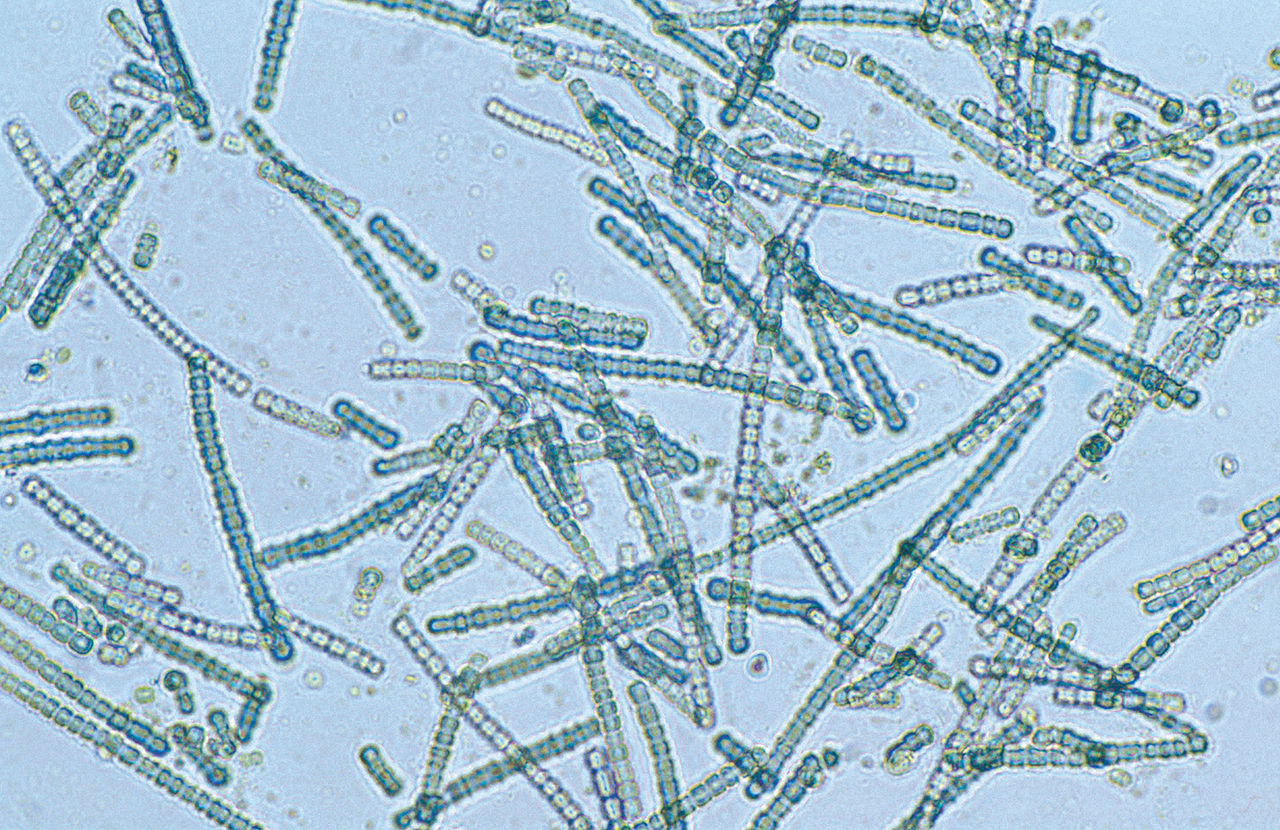 A disclaimer: The study of algae is a huge and enormously complex science. Every generality thought to be true has its exceptions. Even the word algae should be printed with an asterisk, explaining its use to be generally related to microscopic organisms that have chlorophyll or similar means to photosynthesize, turning sunlight into cellular energy. No doubt even this statement has its exceptions. Consider this my safe harbor statement. All comments and corrections are always welcome.

Blue Green Algae isn’t really algae at all. It’s Cyanobacter, a class of bacteria in many shapes and sizes that, like other organisms with chlorophyll, produces its energy from sunlight. Cyanobacter (CB) is among the oldest of all living organisms on this planet and common almost everywhere in the world.

CB has at least two superpowers that contribute to its longevity. CB has the ability to absorb light both in shallow water and in deep or turbid 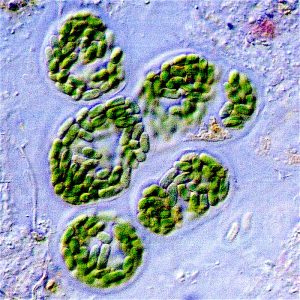 waters. Being able to get enough light in deep and turbid waters for photosynthesis can give CB a substantial competitive advantage over many green algae. Second, CB doesn’t need nitrogen in the water to live and grow. Like legumes, Cyanobacter can fix nitrogen from the air for its needs (although it certainly prefers nitrogen already in the water rather than having to make its own).

You could say “Cyanobacter is the soybean of the “waterworld”. But you shouldn’t. Think instead of CB as more like a low grade infection in the water. At least until it’s not low grade, and it blooms, and it gives off toxins. CB isn’t anything we want in our water.

DO NOT DRINK THE WATER! 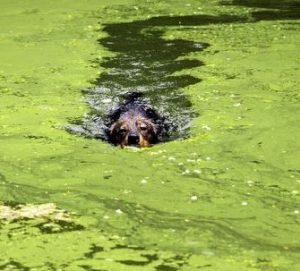 In August 2014 the City of Toledo issued a do-not-drink advisory for 500,000 people because of a CB bloom that was releasing microcystin, a poison that attacks the liver. CB’s can also give off neurotoxins. Beaches are often shut down because of CB bloom. Every year dogs die after licking themselves clean following a romp in water with a CB bloom. As this is being written on Labor Day 2019, twenty five states are reporting harmful algae blooms (HAB’s) and a dog’s death has been tied to HAB’s after a swim in Lake Tahoe.

Cyanobacter of course also lives in our Fox and the Chain of Lakes. Some may remember Columbus Day 1981 in Elgin, almost a year after Elgin first began taking its drinking water from the Fox, there was suddenly a foul, musty, dirty taste to the water coming from our taps. The culprit? Cyanobacter.

Elgin’s water treatment plant was subsequently modified to reduce or eliminate the risks and impacts of Cyanobacter blooms when they occur. The continuing cost for its activated carbon beds and other actions to assure the safety and good taste of its water supply is substantial. But what can be done about controlling CB in the Fox River where it doesn’t create other problems?

The Heart, and Heat, of the Problem

There are over 100,000 different species of algae said to be found in freshwater alone.  Only in the past couple of decades has technology been available and affordable to study them closely. The field is highly complex, still relatively expensive, and often frustrating. For example, studies have found not all CB’s generate toxins and those that do only do so only once in a while. Researchers are still trying to figure out when and why.

managing the threat they pose. First and foremost CB loves warm, stagnant waters. Unlike other algae like diatoms and dinoflagellates which are happiest in cooler waters, CB’s grow the fastest when water temperatures reach and exceed 30°C (86°F). That is when they compete best for the sunlight and nutrients in the water, and when CB blooms are most likely.

We also know global climate change is and will be raising the temperature of our Fox and increasing the chance of HAB’s in our river. Today our Fox at the McHenry Dam is about 72°F due to recent rains and cooler temperatures, but it reached 85°F several times in July. While the risk for a harmful BG bloom this year seems small, we have every reason to believe droughts and higher temperatures leading to more CB blooms are in our future.

We know turbulent mixing of the water column retards algae blooms. Also, substantially reducing nutrients like nitrogen and phosphorous in the water can impede algae growth. Reducing the time water is exposed to sunlight also reduces the potential and size of any
algae bloom.

Public water pollution control utilities throughout our Fox River watershed have already spent hundreds of millions of dollars reducing nutrients like nitrogen and phosphorous discharged to our Fox and its tributaries. The agricultural community, also a major source of nutrients, has been slower to respond but they are coming along as best practices on the farm for nutrient control are being developed and employed. What else can be done?

Obsolete dam removal certainly seems like a promising way to reduce the potential for HAB’s in our Fox. Removing dams will cool the water by increasing turbulence over longer stretches of the river and reducing the time and sunlight exposure necessary for BG’s (and other algae) to bloom.

We can add HAB control to the list of the likely benefits of removing Our Fox’s obsolete dams. By removing old, unnecessary dams we are likely to reduce the costs and risk of harm to public water supplies, not to mention dogs and the other wildlife that enjoy its waters.