Fishing for Information with Electrofishing 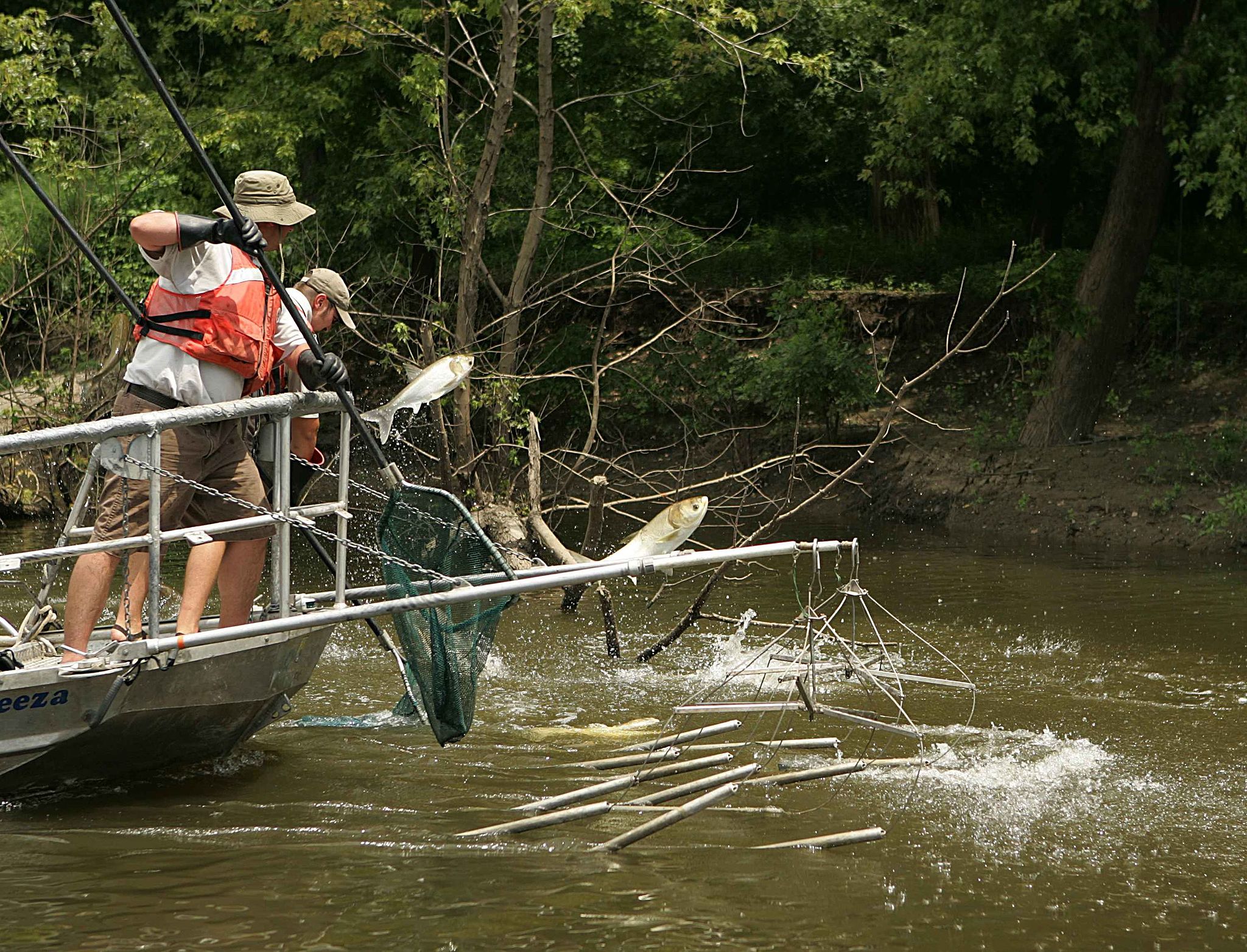 The Fox River Watershed is in a 5 year rotation for a Basin Survey that is conducted by the Illinois Department of Natural Resources. The last survey was in the summer of 2007. IDNR staff are usually assisted by IEPA, local agencies, and a few fortunate volunteers. Surveys are a comprehensive, systematic examination of the biological status of both the mainstem and tributaries in the watershed. Fish & mussel populations are sampled, and water quality data is recorded at several sites along the Fox River and its tributaries.

The results of the survey are useful not only in documenting the current biological composition of the waters of the Fox River basin but also in serving as a point of comparison to previous years’ surveys to document any changes that have occurred over time. Fish are sampled using a variety of techniques, including electrofishing. Depending on the stream size, either a boat with a boom, electrified siene net, or a backpack shocker is used.

A 50 foot nylon seine may be used in shallow water for smaller fish. Electrofishing involves placing an electric current in the water which temporarily stuns the fish allowing them to be netted by survey workers. The stunned fish are put into aerated tanks which keep them in good condition during the sampling process. At the completion of the fish collection process, larger fish are identified, measured, weighed and are immediately returned to the stream. Smaller fish are preserved in a formalin solution allowing them to be processed in the lab at a later date. Strict protocols for each method, including recording collection time are followed to ensure that the results of the survey are standardized, enabling comparisons of sampling results from station to station or over time. Information collected & recorded includes: the species of fish, length, and weight. The physical characteristics of each station are also recorded including the water conditions (temperature, clarity, and conductivity), the stream bottom conditions (i.e. silt, sand, gravel, cobble), slope, and the conditions in the riparian area, which is the shoreline area immediately adjacent to the water. The information collected on the fish is used in compiling “scores” for each station using a metric called the Index of Biotic Integrity (IBI). IBI scores in turn are used to determine the Biological Stream Characterization (BSC) rating for each station. The BSC rates the stations with a letter grade from A to E (with A being the highest grade). Scores are then compared between stations and survey years to look for any trends regarding the biological integrity of the river over time.