The Year of the Smallmouth Bass by Pat Kirmse 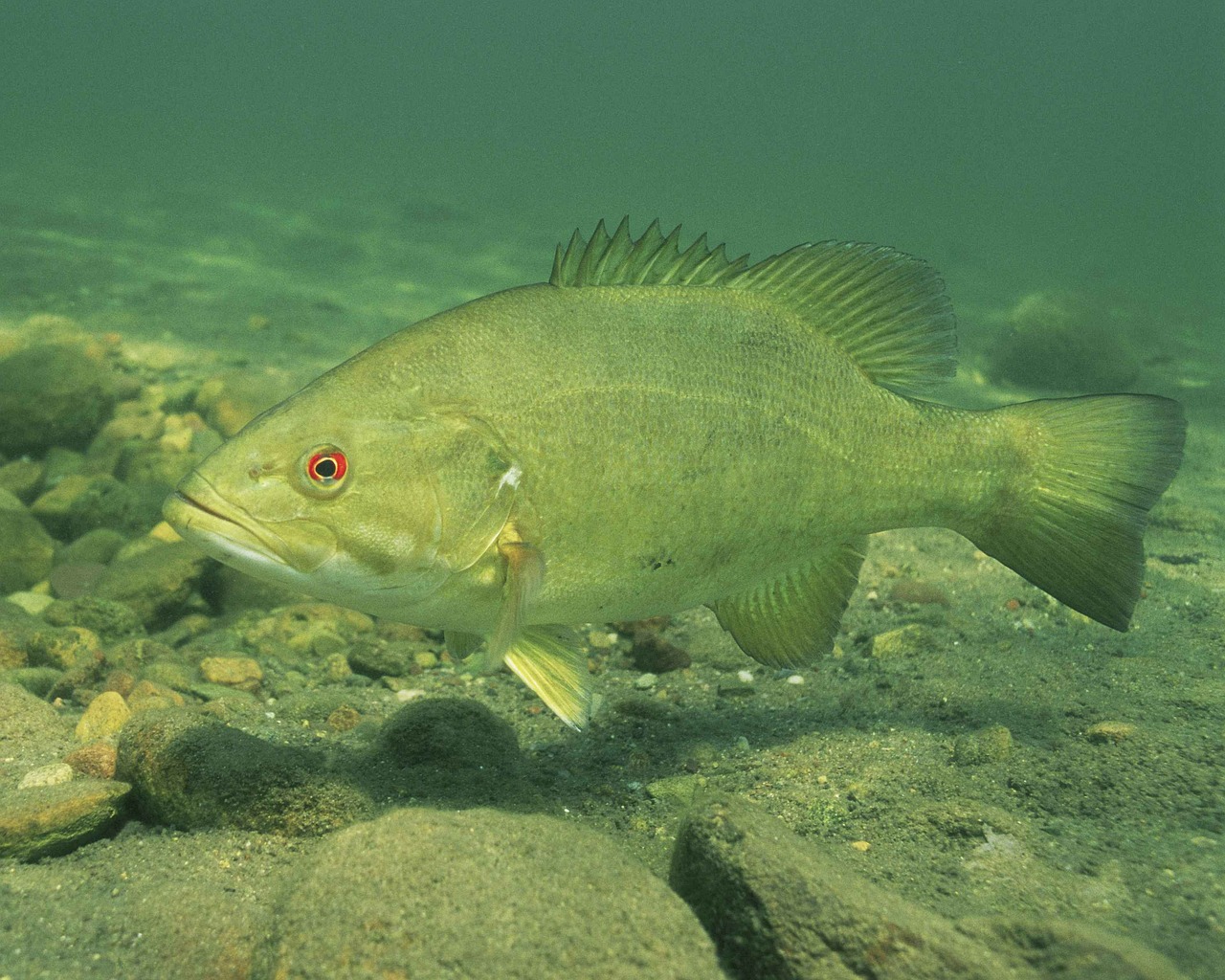 A warm March rain raised the temperature of the Fox River to 47 degrees and the 15″ Smallmouth Bass started to stir. She was 5 years old and had survived another Illinois winter, the coldest and snowiest in her life. Fortunately there were no heavy midwinter rains that would have blown her out of her wintering area and forced her to use precious fat stores for energy. She outlived 90% of her class, most died young from too little fat stores for winter hibernation. Eggs were developing in her ovaries and she needed food. She moved upstream to a school of Spotfin Shiners and ate 5 before the school scattered. That would hold her for 2 days. The first heavy rain of April overloaded the local town’s antiquated sewer system, forcing the discharge of untreated sewage for 8 hours. Many small fish were killed by the high ammonia levels, larger fish were strong enough to move upstream of the toxic flow.

It was now mid May and the bass was moving to her spawning bay. She was hatched here, as were 80% of the Smallmouth Bass in this pool of the river. Some bass look for new spawning areas, but the dams on the Fox River prevent any upstream movement. This would provide an advantageous mixing of the gene pool. A 13″ male has brushed clean a bed in the gravel next to a football-sized rock. She moves in and lays thousands of eggs, and then leaves to feed and recover the weight she has lost. The male keeps the eggs free of dirt and silt. It is a difficult task, due to the fact that introduced Common Carp are also spawning. The carp try to eat the eggs and the spawning activities in the shallows near the bed cloud the water with dirt and silt. Only half the eggs hatch. On a nearby nest, a poacher catches and keeps the guarding male and all the eggs are eaten by carp.

The water is very warm this July. The temperature of the water is 86 degrees and the bass must eat twice a day just to maintain her weight. At night, algae absorb oxygen and levels drop to 1 ppm, too low for the bass to live, so she moves in the small riffles. The phosphates from sewage treatment plants fuel the tremendous growth of the algae. There, the Great Blue Herons wait for fish. The minnows are also in the riffles and the herons eat both bass and prey. The bass has 2 scars on her back from a run in with a heron when she was two years old.

October has come to the river. It is do or die time for the old bass. She has grown another inch since spring and gained 1/3 of a pound. If she doesn’t feed effectively over the next 4 weeks, she will not have enough fat to survive on for the winter. Few bass live to 6 years old and none past 8 in the Fox River. In cleaner waters at the latitude, Small mouth Bass can live to 12 years old. This year there was a good hatch of Bluegills, Emerald Shiners, and Spotfin Shiners. It looks like she might make it to spring.