Meet Your Neighbors: Meet the Sumacs 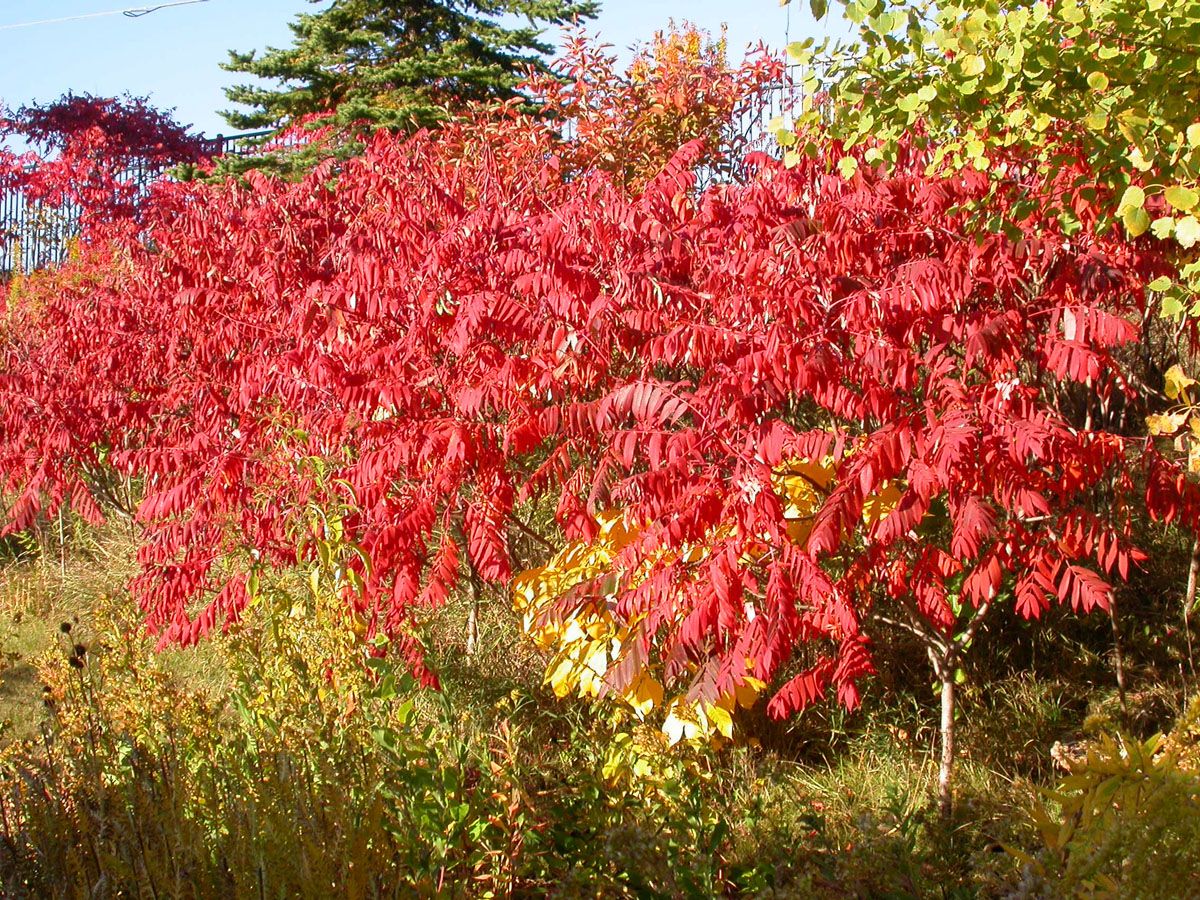 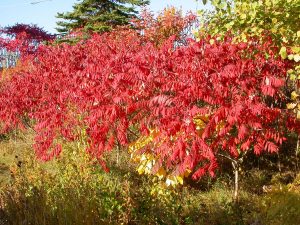 The burgundy leaves of sumac fill the Fox Valley’s fall woods.  The hue comes from the pigment anthocyanin and is greatly influenced by the weather.  Here is how: Cool nights (below 45f) inhibit the tree’s chlorophyll production.  Without chlorophyll, sugars accumulate in the leaves.  Increased sugar leads to a rise in anthocyanin in the leaf.  The more anthocyanin, the more red.  Science at its finest.

We have several sumacs; one is very common (smooth sumac), one is occasional (staghorn sumac) one is rare (fragrant sumac), and one is poisonous (poison sumac).

Our most widespread species is the smooth sumac, named for its smooth, hairless branches.  This picturesque plant is usually does well in 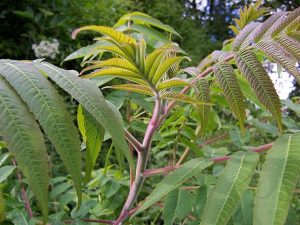 Growing without interruption, smooth sumac will form dense, multi-stemmed, clone thickets that provide shelter to our bunnies. Each colony grows from a single, suckering parent and is usually male or female.  Researchers learned these large, healthy colonies expand an average of 3 feet per year. 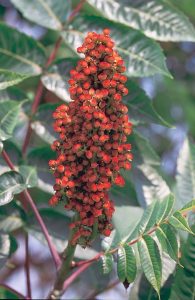 According to the experts working at the world wide web, smooth sumac is the only shrub native to all 48 contiguous states!

Staghorn sumac are small trees reaching 20-40 feet, making them the tallest of our sumacs.   They’re named for having fuzzy branches, thought to resemble a buck in velvet.  We’re at the far western edge of their range, but there are plenty of examples of the species around, thanks in part to the horticultural varieties of staghorn sumac available at nurseries and garden stores.

Poison sumac is from the same family as the other sumacs, but belongs to a different genus, Toxicodendron.   Poison sumac is a close relative to poison ivy.  And, like poison ivy, poison sumac will cause contact dermatitis as both plants contain urushiol in leaves, stems, and roots.

The human response will typically include inflamed, itching skin with oozing blisters, but only after a few days has passed.  This delayed reaction is known as a Type IV Hypersensitivity Reaction.  These details will be good to remember when making small talk around the table at Thanksgiving dinner.