It’s Your River – Vote to Protect It! 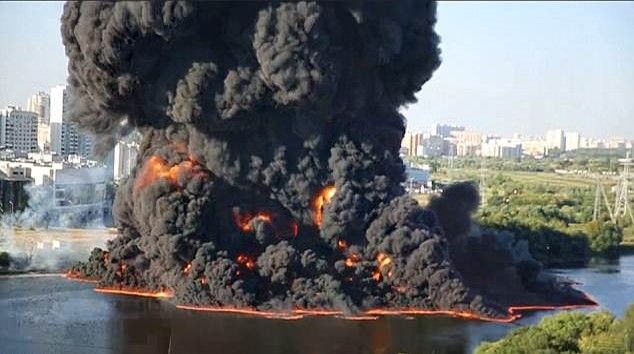 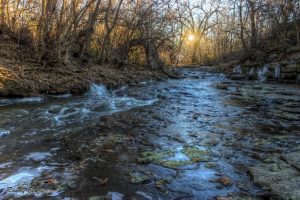 While in Waubonsee Creek in Oswego, with 7th graders from the Aurora University STEM (science, technology, engineering, mathematics) school, I got a surprise. We were doing a physical-feature analysis to make a map of the creek segment that we were monitoring. Students focused upon two concrete pipes which were discharging a trickle into the creek from the nearby parking area. When asked the source of the trickle, all of the students’ responses involved some distant and unseen source of sewage or a factory discharge. I wondered where they got that idea? Industry is no longer the major water-quality threat to the Fox River, thanks to the Clean Water Act (CWA).

In the late 1960’s, the United States’ public was restless. A popular president had been assassinated, unprecedented civil rights demonstrations and anti-Vietnam War protests took place in front of the White House. The Cuyahoga River was burning, and massive fish kills in the Chesapeake Bay and Hudson River were also on the nightly news. The public was screaming for change and looked to the federal government for help.

Environmental Protection is the Law 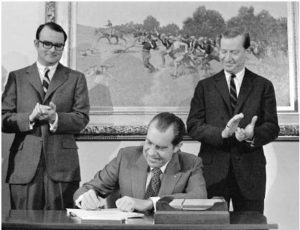 The Clean Water Act (CWA) enacted in 1972, is the primary federal statute regulating the protection of the nation’s water, and is also what helps us protect the Fox River. The CWA aims to prevent, reduce, and eliminate pollution in order to “restore and maintain the chemical, physical, and biological integrity of the Nation’s waters.” A stated goal of the CWA is to eliminate discharge of pollutants into navigable (regulated) waters. Discharge facilities (wastewater treatment plants, industrial dischargers and stormwater systems) have regulatory responsibilities under the CWA, including preventing water pollution, obtaining discharge permits, meeting applicable water quality standards, developing risk management plans, and maintaining records.

The CWA had a goal for all Waters of the United States (WOTUS) to be swimmable and fishable by 1983, and to have zero discharge by 1985. This was not achieved due to pressures to limit regulations and enforcement.

In 2001, the Army Corps of Engineers (ACE) was challenged in the Supreme Court for using the CWA too broadly. The case came from right here in our watershed! (See our blog: “Birds, Bales and Waters of the United States”)The Solid Waste Agency of North Cook County (SWANCC) won the case stating that the CWA could not be used to protect wetlands that don’t have a direct connection with a navigable waterway. Wetlands are the kidneys of our planet and provide a wealth of biodiversity support. This was a sad decision. 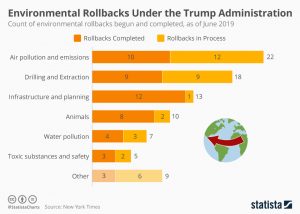 In 2016 a new administration landed in the White House. The leadership of the USEPA and ACE went from strong allies in protection to adversarial agencies. Thus far, 45 environmental regulations have been rolled back and 45+ more rollbacks are proposed. Removing regulations makes it easier for special interest groups, in energy production and supply, to mine in previously protected areas like the Arctic National Wildlife Refuge. These industries can also transport their products through sensitive natural areas and neighborhoods. This is a war on 50 years of environmental protection and is permanently damaging our country’s natural resources!

The USEPA, along with individual state agencies, is interested in compliance of regulations, not issuing penalties. We have laws and regulations for a reason in a democracy. I have three colleagues who have long careers with the USEPA. The two in regulatory positions are no longer allowed to do field inspections that identify violations or work with the offenders toward compliance. The third writes policy at the highest level. She reports that under the current administration she gets memos the day before a policy is due with the language already written. Her job, applying science to policy, is no longer the intent of the USEPA. 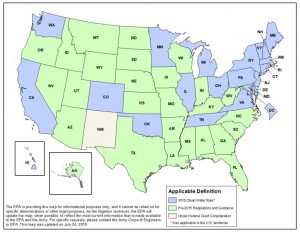 Congress is considering legislation that will slash funding for environmental programs and fundamentally alter key provisions of major environmental laws like the Clean Water Act.

Under the new administration, on December 11, 2018 the EPA and ACE signed a proposed rule revising the definition of “Waters of the United States” to clarify federal authority under the Clean Water Act in a clear and understandable way. The proposed definition would replace the approach in the 2015 Rule and the pre-2015 regulations.

Historically, experts at the federal agencies would have provided key scientific and policy testimony to oppose this effort; the agencies now are being led by people who lack this knowledge, and often actually support weakening federal environmental laws and regulations. We are witnessing unprecedented administrative action by the USEPA and other agencies to weaken environmental protections by rolling back or eliminating regulations, ceasing investigations and enforcement, limiting funding for programs, and cutting or replacing staff.

The students’ assumption that a pipe flowing into Waubonsee Creek was connected to a factory and a major threat to the Fox River was not  accurate.  Thanks to the CWA, discharges from pipes are subject to strict regulations. We must all understand that it is OUR Fox River and that a democratic process determines its health. We need to understand threats to the WOTUS, and vote against representatives that represent those special interests of mining, pipelines, and other environmental degradation projects. We must work to elect those that represent us and the environmental protections we have demanded for over 50 years.