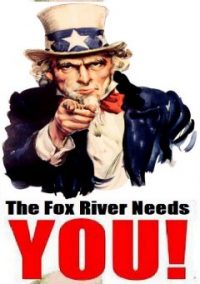 We are very fortunate that in this watershed we are governed by a democratic system. The decisions that are made that influence the health of the Fox River and its tributaries come from research, discussion, and policy enacted by elected representatives. From the board members of the Friends of the Fox River, through the Fox River Study Group, continuing to the state and national levels, it is individuals who collect and drive those decisions. You care about the Fox but do you know who is representing you and the Fox River?

Power to the People

The theory of a democracy is that individuals in mass are represented by a small group of elected individuals who collectively make policies and then support those policies with legislation. It is the rule of the majority for the common good of all.

The Clean Water Act (CWA) is a good example of a policy that has significantly influenced the Fox River. Emerging from an era of social 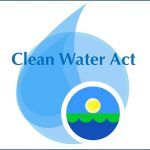 unrest, the Nixon administration developed a suite of environmental protection legislation. The original CWA attacked water-quality threats with science-based regulations that were funded to support compliance and enforcement. The result was a gradual but significant improvement in water quality across the entire nation.

The people spoke. Their representatives listened, and the system worked. Who doesn’t favor protecting water quality? Well, there were and are plenty of lobbyists representing special interests who regard environmental protections as an infringement of their liberties. We must make certain that the public is represented at the decision-making tables.

A very important component of a working democracy is having representatives that truly represent their population. On almost every level this is lagging in the United States. As our population rapidly diversifies in appearance, socio-economically, and in personal philosophy on the issues, our leadership is not keeping up. 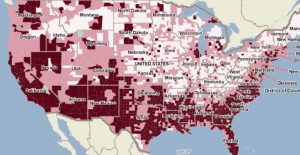 Civil demonstrations in the streets have long been a barometer in the United States for this imbalance. Does your governing body look like your neighborhood? We are awakening to this imbalance of representation and people are finding their voices. Having a voice takes talking with your representatives, demonstrating if necessary, supporting candidates and voting for them. Many of this election’s candidates have realized if they want change then they must carry the idea of finding their voice forward to the next step. They have become passionate enough that they are running for office for the first time.

We must first identify what we value and prioritize those issues. Then we need to align with candidates that best represent our beliefs and support them. Educating ourselves about who the candidates are by name and about their positions is a challenge. We see ads on a variety of media sources, but those offer limited perspective.

Consider, in a session on any given day, your representative may vote on 40 different pieces of legislation that range from water quality through social justice to highway construction. It is important to have representatives that share your priorities and beliefs, but also your general philosophy, and for them to be aware of how you stand on the issues important to you.

Getting to know a candidate takes some work. Friends of the Fox River is a 501(c)(3) non-profit organization, which prohibits us from endorsing any political candidate. It does not however, prohibit us from education. Historically, our watershed’s best source has been the League of Woman Voters. Our sister organization, Illinois Sierra Club (ISC) is offering a good resource on Facebook. They recently held a Zoom meet and greet where 9 national and state level candidates had the opportunity to share their positions. All of these candidates are endorsed by the ISC, and the districts in which they are running have jurisdiction over portions of our watershed. The event can be viewed here.

Please view it and scroll through the 10-minute testimonials. Evaluate them and the candidates they are opposing and decide who best represents the future that you envision.

Your Voice, Your Vote 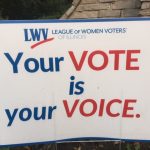 Your vote counts, but relative to that, so does your voice. Learn who resonates with you. Find out how to support them by posting yard signs, sharing facts with others in your social circles, volunteer to make phone calls, and most importantly, VOTE.

Our culture is changing. Become part of that change. Many politicians currently in office are not friends of the environment. As an example, the current U.S. President has rolled back over 100 pieces of long-established environmental protections to benefit special interests. The United States and Illinois Environmental Protection Agency budgets and staff have been severely cut and cannot protect at levels we enjoyed in the recent past.

The Fox River Needs Your Vote 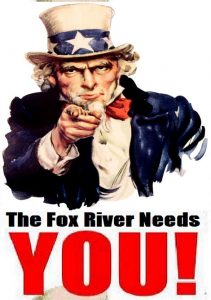 Evaluate your voting options of early or mail-in and be prepared on (or before) November 3rd. The Fox River needs protection. It is our civic responsibility and opportunity to direct our future.

Together, we can Keep on Fixin’ the Fox.

and here – Illinois elected officials rated by the IEC at Vote Smart.org