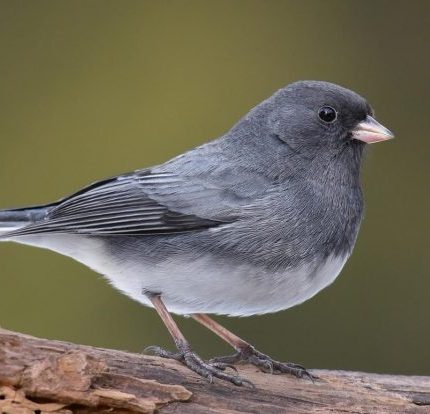 Ornithologists have learned a great deal about dark-eyed juncos, those cute, gray and white snowbirds that visit us from the north.  We 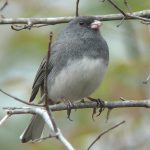 know their size, color, diet, and – most interesting – we know what they do.  Their migration patterns, flocking activity, and feeding habits make them neighbors you should meet!

Female adult juncos typically begin returning to the Fox River’s watershed in the last week of September, with the young females showing up a little later.  Males arrive a short time after the girls.  Males tend to stay farther north in the United States during winter than females. 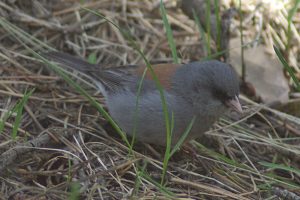 I saw my first backyard juncos of the season during the first week of October.  I’m unsure of their sex and age since male and females and juveniles all look fairly similar.

Over the next few weeks, our junco neighbors will be gathering in small flocks of 10 to 30 birds that will maintain mutually exclusive foraging territories from other junco flocks.  The birds that visit throughout the day are the same birds as before.

Budding ornithologists will still have opportunity to examine the lifeways of these sweet creatures.  A recent issue of Living Bird magazine looks at a population of California junco that no longer migrates.

Junco pecking order is uncomplicated.  Adult males are dominant over adult females with juvenile females at the bottom.  People who find 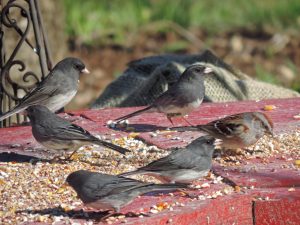 drama in watching their feeders carefully say it is easy to spot the alpha junco, the beta junco, etc. by watching the birds take their turns.  https://www.birdnote.org/listen/shows/pecking-order

Most of our juncos have a slate gray back, tail, and wings that contrast nicely with their white bellies.  They have some white on their tail feathers that flash when they fly.  Juncos are known for spending much time feeding on the ground or on feeders. Juncos relax in shrubs.

Everyone from the age of 5 and up should be able to identify juncos.  A quick check on the google machine tells me there are 630,000,000 juncos in North America and I believe it.