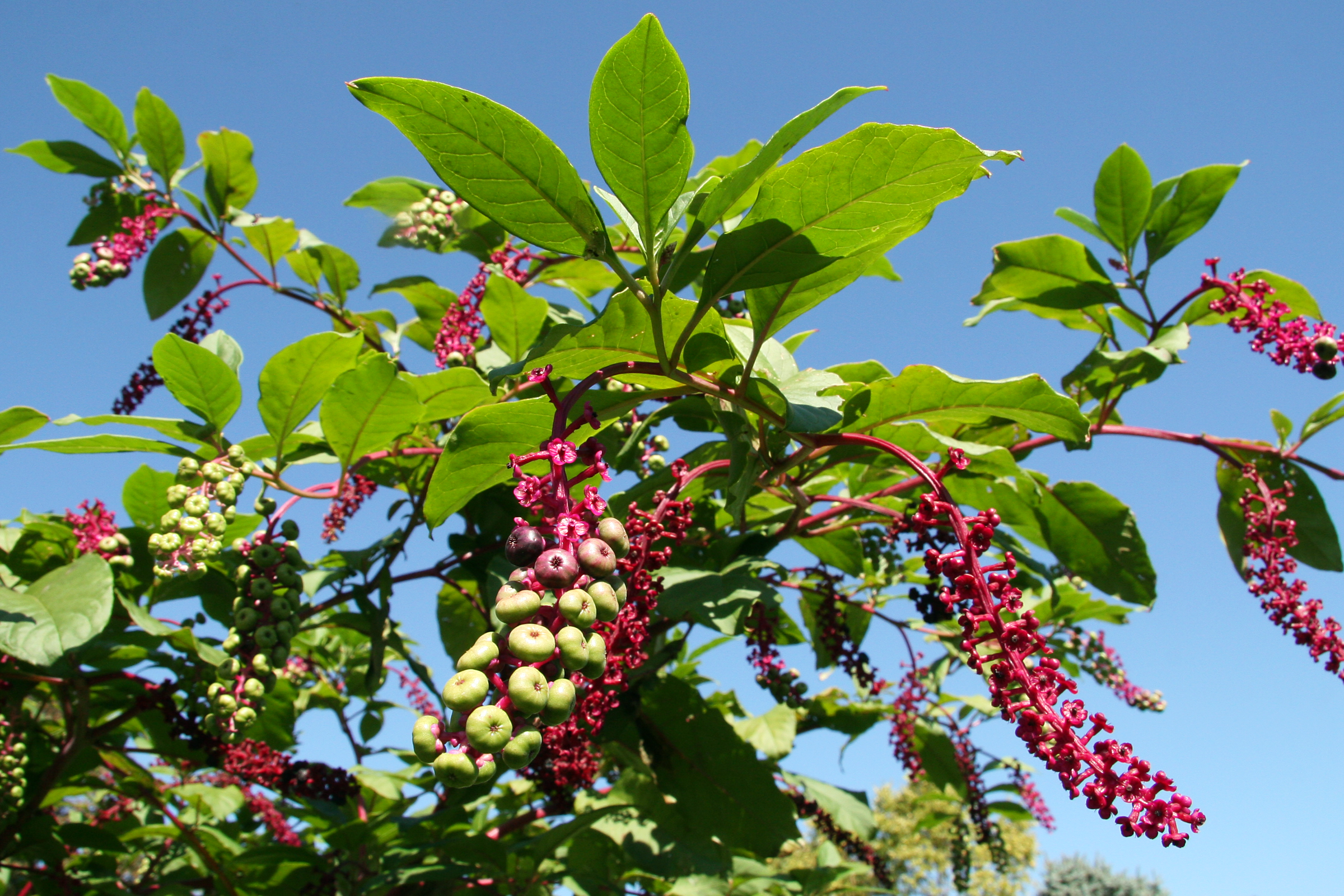 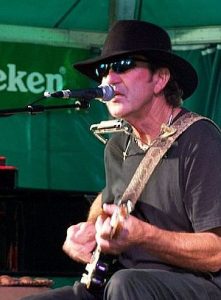 During the summer of 1969, a blues musician from the swamps of Louisiana named Tony Joe White had monster hit. Polk Salad Annie spent 3 months on the Billboard Hot Top 100 Chart, peaking at #8. The song told of Annie, a “wretched, spiteful, straight-razor totin’ woman” who made the alligators look tame.

She earned her nickname from picking the emerging shoots of Phytolacca americana, or, pokeweed, and preparing 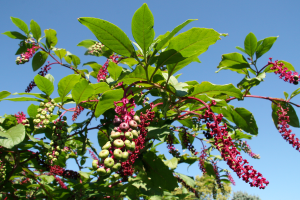 a tasty and nutritious side dish. Pokeweed is a tall, herbaceous plant that pops up in disturbed, damp soils in shady areas.

It is common throughout the Fox River Valley, including many backyard gardens. It has large leaves and a distinctly thick, reddish-purple stem. A member of the nightshade family, pokeweed produces clusters of large purple berries during mid-summer.

Poke (or Polk) Salad (or Sallett, the linguistics are confusing) was a staple to many rural and poor people who were educated in collecting and preparing local plants. But it should be stressed that no U.S. food safety organization endorses the consumption of any part of this plant, regardless of its preparation. All parts – roots, stems, leaves, and fruit – of the plant are toxic.The toxicity increases during the course of the summer; the roots being the most dangerous. Many sources that discuss pokeweed recommend using gloves when handling the plant! 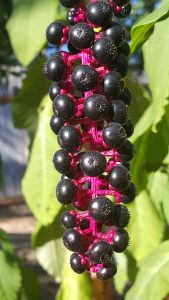 Preparation of the dish requires both knowledge of the plant’s growing habits and careful kitchen work. The leaves must be picked early, as they emerge from the soil, avoiding the roots and parts with purple or magenta coloring. Typical cooking instructions are: (DON’T TRY THIS AT HOME!)

Boil the cleaned leaves for 20 minutes and drain water.

If you really wanted to taste some pokeweed, dang, it’s too late! You just missed the 62nd Poke Sallet Festival in Harlan County, Kentucky. But Tony Joe White is still writing, singing, and bringing the gospel of swamp blues to the world. And pokeweed is still among us poking up its shoots, leaves and berries throughout the Fox River’s watershed.