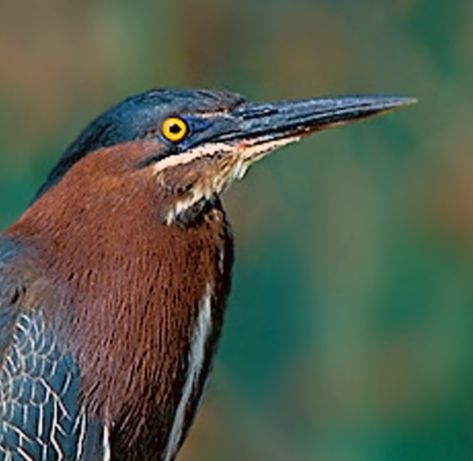 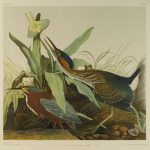 Green herons return to the Fox River during the third week of April.  They play on a smaller, more intimate stage than their big blue cousins, usually shunning the commotion of large communal rookeries. 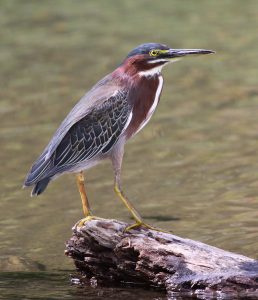 Upon arriving at his territory, the male starts building his love nest by placing a few sticks in crook of a tree with overhanging branches to provide privacy.  He also starts to act like a goof by clapping his bill, stretching his wings and neck.  This activity intrigues the female and soon she is in charge of construction.  The male brings her the twigs and she determines where they should go.  Green herons don’t use mud or grasses in construction, which often results in a flimsy platform to lay two to six rather large eggs.

Green herons fish primarily in shallow water.  Their coloration (a disruptive blend rufous brown, iridescent green and blue gray stripes, and patches that changes over time), allows them to move and blend with waterside shadows.  Their intense focus on their prey allows green herons to be easily startled by an equally startled passer-by.   They have the reputation of unloading prodigious amounts of feces when shocked. 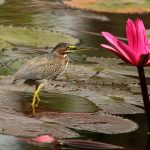 In a remarkable display of animal ingenuity, green herons across the world – Cuba, Japan, Peru, Florida –  have been observed using bait to attract fish.  Green herons will drop small leaves, feathers, twigs, and live insects atop the still water, and then lie in wait for the lured prey.