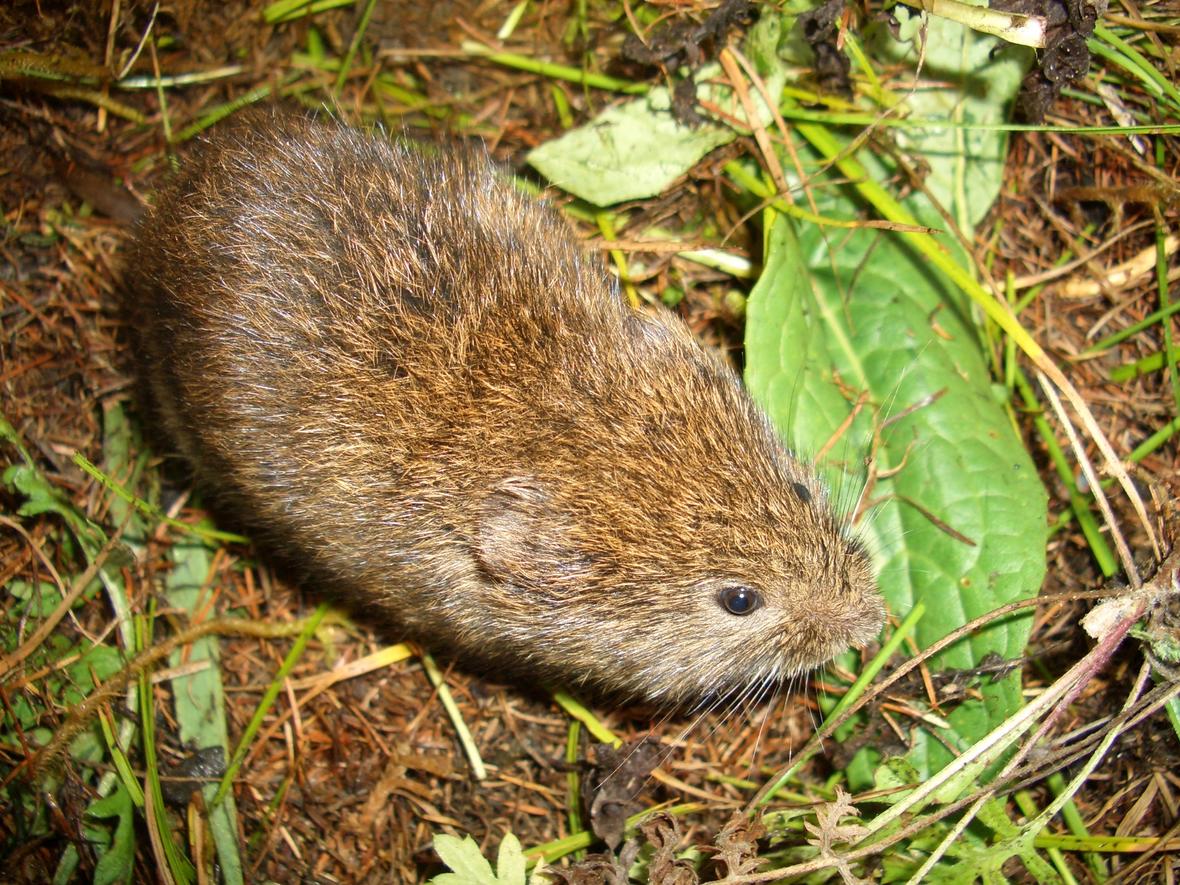 Voles live fast and die young.  There are millions of these mousy rodents in our grassy neighborhoods throughout the Fox River’s watershed, but they almost never 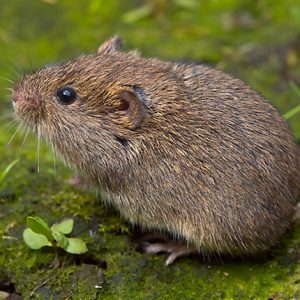 make it to their second birthday. Meadow voles have their own cycle of life.  Bio-chronologists have learned voles do not subscribe to a typical 24 hour circadian rhythm, but have developed an accelerated ultradian rhythm, where they repeat an active/sleep cycle every

Meadow voles do not hibernate and are lively through the winter. Layers of snow provide insulation from the cold and concealment from hungry predators.

Meadow vole nests are bundles of grasses and are often found among roots and under boards.  Voles create runways close to the ground, using their teeth to clip the stalks of long grass.  These intricate paths that radiate from nests to various feeding spots become visible in the late winter as the snow cover melts.

Unlike chipmunks who horde their food, voles do not store food and actively forage during their frequent periods of activity.  Their herbivorous diet consists of seeds, fruit, and emerging shoots of forbs, sedges, and grasses.

Lots of animals eat voles; so much so they’ve been called “popcorn” of the animal world.  Coyotes, foxes, hawks, owls, snakes, bass, herons, crows, cranes, frogs, and turtles all prey on voles.  Domestic cats and dogs also take their share.

Despite the toll on voles from predators, their numbers are secure. They have astonishing reproductive abilities.  A female meadow vole can welcome 8 young into the world, every 6 weeks, during her 10-month breeding season.  The young females she generates are able to reproduce at one month of age. They’re the most fecund mammal in North America.

Punching way above their weight, the little meadow voles makes some mighty big contributions to the local web of life in their fleeting lives.