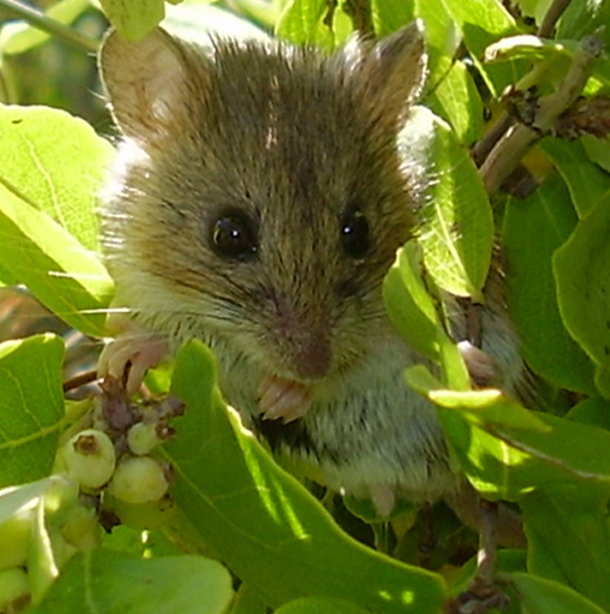 The western harvest mouse (Reithrodontomys megalotis) is the smallest (weighing an average 1/4 oz – 1/2 oz) of our long-tailed (almost 100 mm long!) neighborhood mice.  They are mousy brown with grayish white on their bellies and a nearly hairless tail.  They live where the grass and weeds are plentiful.

Originally creatures of the Rocky Mountains and Great Plains, it was during the last century that western harvest mice (WHM) 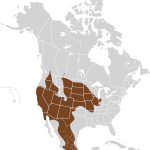 began their march eastward. By the days of the Truman Administration, their territory included the great state of Iowa.

The Mississippi River proved only a temporary barrier to the advance of WHM; they were first discovered in Carroll County in 1953 by Harold Stains (my SIU mammalogy professor in 1976!).  Those were exciting times in the mouse realm for sure.

It took WHM about a decade to follow the waterways through the interior of northern Illinois, including the neighborhoods of the Fox River Valley.  In 1969, Indiana mammologist extraordinaire John O. Whitaker, Jr. reported the mouse had followed waterways through the corn and bean fields of Illinois and taken up residence in Willow Slough State Fish and Wildlife Area in Newton, County. 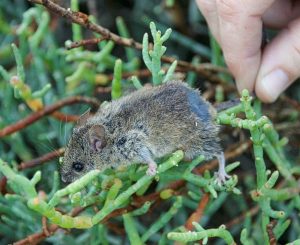 WHM lead a short and simple life. They live in tiny, round, grass houses under shrubs and often store surplus food in a cache.  Their primary food are grains and seeds, but they will nibble on emerging shoots during the growing season and predate on summer grasshoppers.  They have a reputation as good climbers.

Although active year-round, breeding activities begins in late spring and continues into late autumn.  All the females born in the spring and summer will give birth themselves.

These nocturnal rodents spend the winter scurrying between patches of dried vegetation in search of seeds and trying to avoid the night hunters.  Few are successful, wild harvest mice almost never celebrate a birthday. 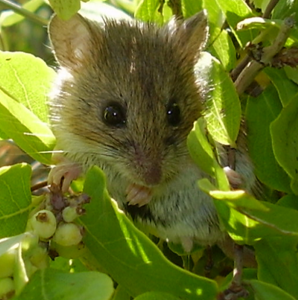 WHM are still on the move and there are professional biologists in northern Indiana and southern Michigan keeping watch for unfamiliar little animals. Owl pellets are being checked as well for those groovy incisors.  Good luck.  The identification of wild mice – even in hand – is always a challenge for a beginner. When scurrying across the ground, it is impossible even for the experts to distinguish certain species apart.  But, with WHM, the task is easy if you can examine their teeth: WHM have a longitudinal groove on their upper incisors!  Who knew?  I knew because Dr. Stains taught me well!