This year’s State of the Fox River Report is a celebration of things gone well and progress that deserves recognition.

But this is an interactive report and celebration! So whenever you see a 👏, please celebrate by standing and yelling, politely clapping, smiling & nodding, or shouting out: “Hell, Yeah!”

50th Anniversary of the first act of defense of Fox River’s water quality by our local legend “The Fox.” 👏

During the first week of March 1969, he plugged up the outfall pipe of the Dial Corporation in Montgomery. This caused the effluent to back up into the plant and gave them a taste of their own “medicine.” The Fox did this as act in defense of the watershed’s inhabitants, to raise awareness among the public through the local media, and to exercise some environmental justice. Just last year another local hero, Paige Fitton, waged a battle against a corporate polluter and won a $95,000 legal settlement for Long Lake, and all of us downstream. She had the same objective as The Fox. She just used more contemporary tactics. Let’s hear it for justice for the Fox River! 👏


It is the 47th Anniversary of the Clean Water Act. 👏

This landmark legislation developed pollution control measures that were federally mandated and strictly regulated. It also included funding for the infrastructure necessary to bring public and private sources of pollution into compliance.

When folks ask me: “How is the Fox River doing?” I usually reply that it is far better than 1972. The river’s health has improved, but it faces increasing threats from other distributed sources of pollution like agriculture, storm water runoff, and development in our remaining open spaces. The mainstem is improving but the tributaries are now threatened. As an example, Tyler Creek’s peak flows from storms are four times the volume they were in 1980.

Let’s hear it for a time when government had the will and the resources to aggressively protect our waters! 👏

30 years ago, Pat Reese learned that his beloved smallmouth bass spawning ground in Elgin was threatened by a development along the river’s edge. Attending a city council meeting, he realized the river did not have an advocate. In short order this warrior (who had served in the U.S. Army during the Viet Nam war) studied organizational development, selected models, assembled a diverse and skilled force and founded the Friends of the Fox River (FOFR).

Sharing much of the same philosophy as “The Fox”, FOFR was established to be the independent authority on related issues and the primary protector of the entire watershed through empowering the public.
Happy 30th Birthday to FOFR! 👏👏👏

20 years ago, the Fox River became an Endangered River. 👏

That may not sound like something to celebrate, but locally it amounted to something as big as the birth of the Clean Water Act. A coalition had applied to American Rivers to be on their “10 Most Endangered Rivers in America” list. That media stunt created some significant national level publicity. Unfortunately it was misunderstood locally as a warning sign to stay away. But it got the attention of the United States Environmental Protection Agency (USEPA). That lead to pressure upon the Illinois EPA to recognize the entire Fox River as an “Impaired Waterway”. That status legally requires a clean-up plan. So with the assistance of the Illinois State Water Survey’s (ISWS) data, a plan was born.

In order to implement the cleanup plan the “Fox River Study Group”was formed in 2003. The Study Group is composed of organizations like FOFR, municipalities, and the IEPA. The major goal is to raise dissolved oxygen levels by reducing phosphorous contributions. Hundreds of millions of local dollars have been invested in wastewater treatment plant improvements. Restoring the river’s natural habitat through practices such as dam removal are also part of the plan.

The Fox River is on its way to being removed from the State’s Impaired Waterway list. 👏


15 years of water quality data is showing a trend toward improved conditions. 👏

Data from collecting samples from over 25 sites within the watershed, and Illinois State Water Survey’s analysis of 10 water quality parameters, generates results show a complicated situation involving seasonal variances. The trend is toward improvement. The trend is very gradual but moving in the right direction. With the municipal improvements in infrastructure and storm water management we are confident that the trends will continue to improve.
Our river is getting healthier. 👏

According to Illinois Department of Natural Resources (IDNR), fisheries biologist Steve Pescitelli, “Fish don’t lie.” Fish are great indicators of the health of their habitat and their presence or absence tells a clear story.

Thirty-six years of IDNR studies conducted in ours and neighboring watersheds shows the Fox River is steadily improving. Recent project data indicate an incredible reaction following a dam removal. Once the barrier is removed and the upstream habitat returns from a lake back to a stream the fish move in quickly. The evidence is clear that dam removal restores habitat.

And dams are being removed. 👏

Our River is Safe. 👏

Concern about PCB levels initiated the establishment of a fish consumption advisory for walleye, carp, and catfish. Since 1974, fish tissue data indicates that levels never rose above United States Food and Drug Administration concentration limits. And with the steady decline PCB levels are currently far below the limits for infants!

It is time to lift the fish consumption advisory and declare our river safe. 👏

Together, we are making progress. 👏

From my experience, I can confidently say that each and every river community is investing in protecting their Fox River with long term efforts. In FOFR founder Pat Reese’s 1988 vision, he proclaimed that a few groups and agencies could not protect the Fox River. It would take a watershed-scale effort involving a unified group of state, county, and community agencies to work in harmony. We have established a beginning of a bi-state coalition through our work at the Fox River Summit. The Fox River Water Trail is one example of this effort.

We foresee a cleaner, free flowing, locally valued natural and community resource. As a watershed, we have been making progress, and have much to celebrate. As Pat stated, “It will take all of us.”

Join us to continue and grow our “Keep on Fixin’ the Fox” efforts and keep this celebration growing. 👏 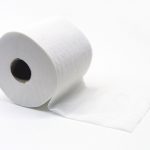 The Issue With Tissue 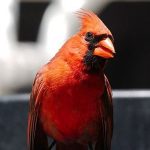 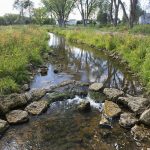 The Resilience of Rivers