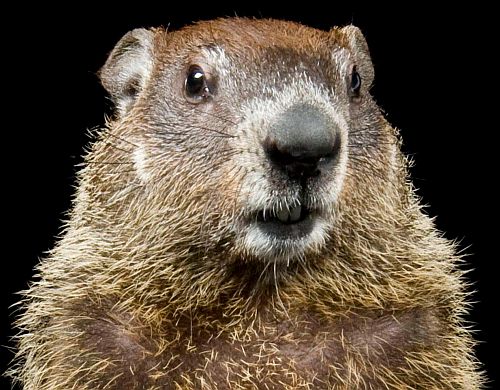 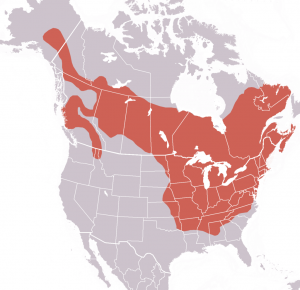 Groundhogs live all over, badgers are restricted in their local range.  Groundhogs have a holiday named in their honor while badgers are the mascot for one of the foremost party schools in the history of the world. (https://www.snopes.com/fact-check/top-party-schools/)

Groundhogs are the largest of our ground squirrels.  Pre-settlement, groundhogs were well adapted to living in our savannas and forest edges.  When these natural areas were turned to rural wastelands, groundhogs were one of the few that adjusted to farm living.  When those farms became suburban houses, stores, and banks, Mr. Groundhog smoothly adjusted to living in our shaggy backyards, vacant lots, and most open spaces.

Badgers are a few inches longer and wider than a groundhog, yet they weigh 4 – 5 times more.  They’re heavily muscled, sturdy, and very powerful diggers.  Badgers prefer to live in open, sandy environments and do not live in areas with heavy clay soil. 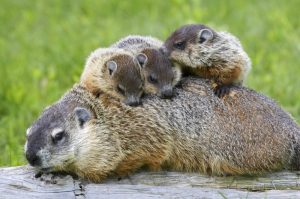 The Fox River Valley most certainly has a few badgers.  I’ve heard the outskirts of Elgin may have a few individuals living in the serene seclusion of a gravelly railroad bed.  Road killed individuals turn up every few years and are a sad way to learn they’re living nearby.

My files have an article with details of a keen-eyed St. Charles Park District staff spotting a young male badger (DOR) in the wilds of west St. Charles in 2010.

Groundhogs are herbivores and are fond of dandelions, clovers, and other green leafy plants growing on un-poisoned ground.  They can consume one pound of vegetation in a summer day.

How Much Would A Wuchuk Chuck?

Badgers will eat groundhogs.  Considered a fossorial carnivore, badgers dig through burrows in search of prey.  They can block a tunnel entrance with their large frame, trapping moles, voles, mice, and ground squirrels inside.

Confusingly, ground hogs are the same animal as woodchucks.  According to the wiki machine, the name woodchuck is from the word “wuchuk” in the native Algonquin dialect, and has nothing to do with wood, nor chucking.