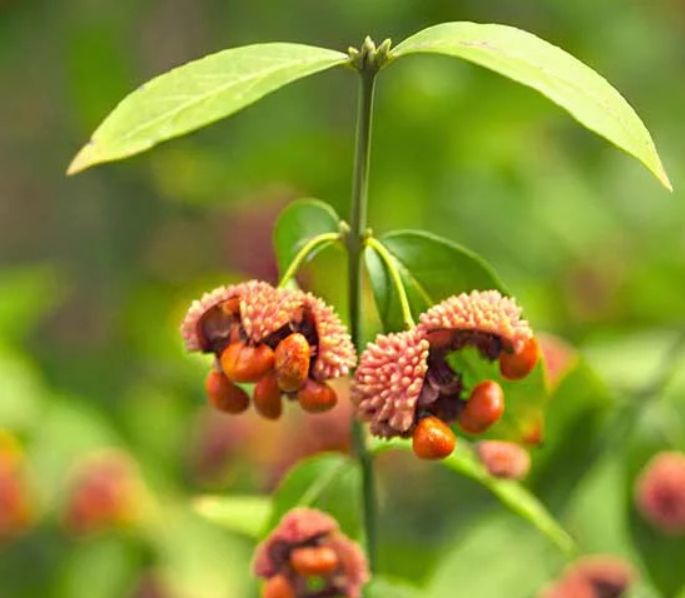 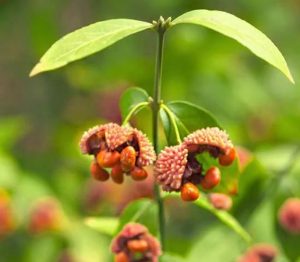 I think everyone should have at least one wahoo (Euonymus atropupureus) in their backyard.  They’re small, shrubby native trees that prefer average to moist conditions and do well in today’s crazy world.  They thrive in the filtered shade of wide-open woods and forest edges, creating a picturesque colony over the years.

Shrubs such as our eastern wahoo are important components of natural backyard habitat.  They provide much shelter and food for our wildlife neighbors.   They will also provide a nice screen to block views of our human neighbors.

The flowers of the wahoo attract various adult flies and small bees as pollinators.  The flies (or their larva), are important decomposers that help remove the hundreds of thousands of animals that die each year in our local natural areas.  The circle of life at its absolute finest. 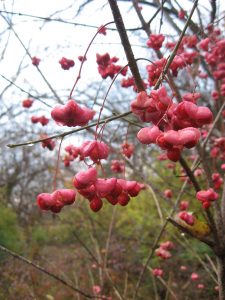 There is a downside to wahoo’s.  Do not eat the seeds, the fruit, the leaves, or the flowers. Do not chew on the bark.  All parts are toxic for people.  Irresponsible websites will still list eastern wahoo as medicinal in certain cultures, which may be technically true.  Judge for yourself, but here are the gory details:  Ingesting any part of the eastern wahoo will result in strong, un-ending laxative, purgative, and emetic episodes.

In jolly olde England, a purported cure for head lice involved European wahoo seeds being crushed and rubbed into the scalp.

Let’s leave the berries for the cat birds, the bark to the bunnies, and the twigs to the deer.

Readers may notice our eastern wahoo are in the same genus – Euonymus – as the popular and horribly invasive garden shrub from foreign lands, winged burning bush Euonymus alatus.  Do not plant these on your property as they are bad bad bad for our ecology.  Thank you!

1 thought on “Meet Your Neighbors: Meet Your Wahoo Neighbor”