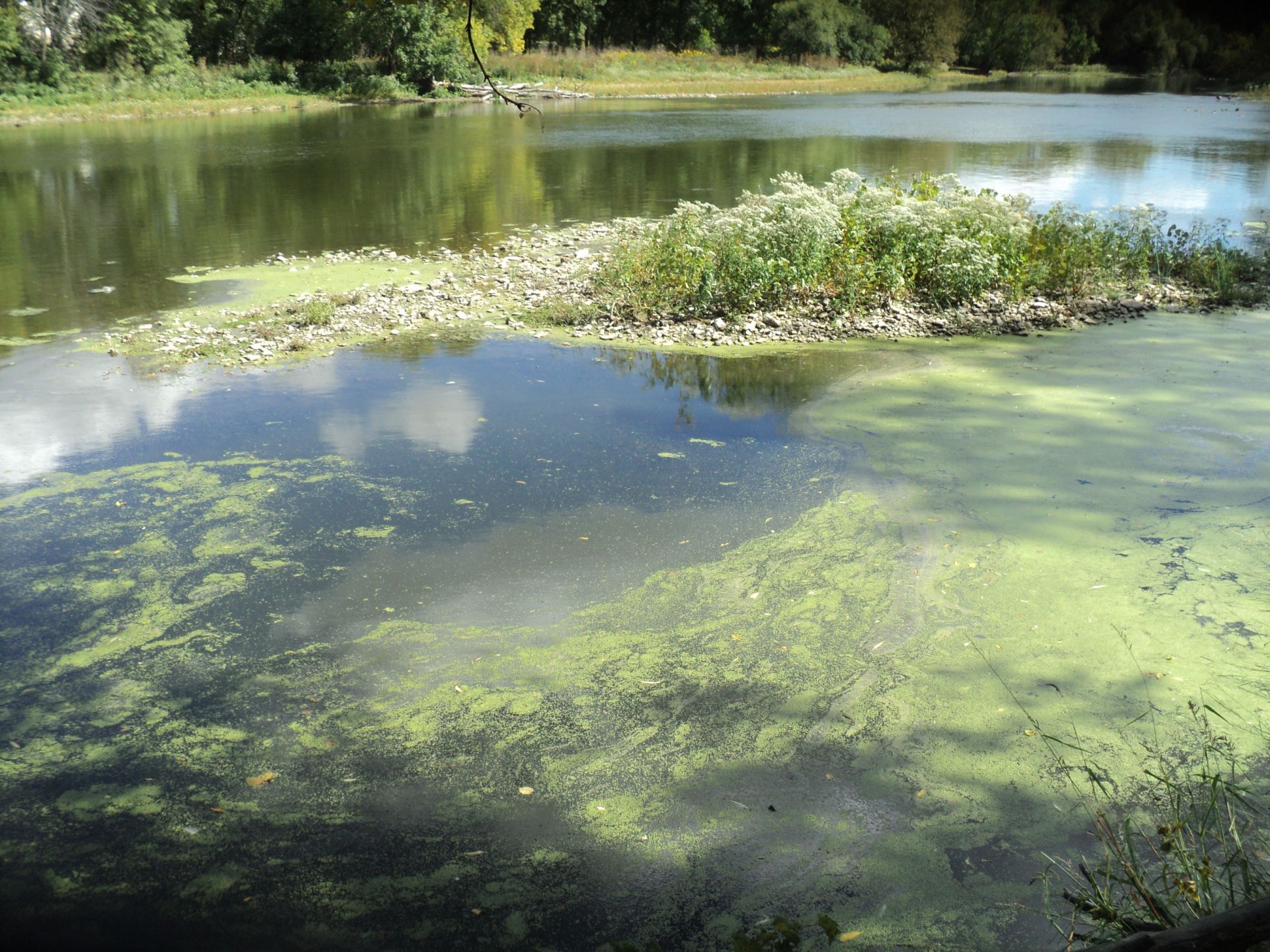 In this year’s live presentation of the State of the Fox River, I shared my challenge in answering the complex question that I often receive: “How is the Fox River doing?” Since the enactment of the Clean Water Act in 1970 things have been 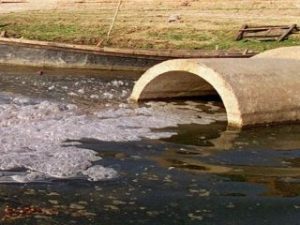 improving. That legislation was a federally funded mandate to help private and municipal dischargers to meet new regulations to eliminate Point Sources (PS) of pollution into waterways.

These dischargers were mostly from pipe outlets that were relatively easy to identify and monitor. Water quality rapidly improved in the main stem of the Fox River with the reduction in poorly-treated sewage and toxic effluent. This year we are celebrating the 50th Anniversary of a suite of environmental legislation that not only impacted improvements to water, but also protection for air, water, public lands, and more.

In the 1980’s and 90’s, land development (sprawl) was occurring throughout suburban Illinois. Residential and the accompanying commerce spread westward in the Fox River watershed,. This population growth resulted in the need for more sewage to be treated. Construction turned open spaces from sites of water infiltration into sources of soil erosion dumping sediment into streams, and more untreated, polluted stormwater (non-point source, NPS) running into the Fox River. The many small tributaries/creeks were turning from healthy natural ecosystems into conveyors of human spoils into the Fox. The degradation of water quality was only part of the problem. The expanded runoff increased peak flows, regularly three times the historic normal. These flood conditions destroyed many delicate habitats. During this period, those streams suffered biological, chemical, and physical degradation. This was also seen downstream in the Fox River.

In 1999, Friends of the Fox River (with several of our sister organizations) applied to get our river on the list of the 10 Most Endangered Rivers published every year by American Rivers. The Fox earned the #7 spot and received national 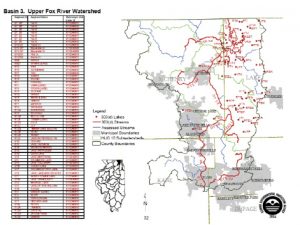 attention which resulted in much-needed action.

The national attention spurred United States Environmental Protection Agency (USEPA) concern. That resulted in a re-evaluation by the Illinois Environmental Protection Agency (IEPA) of the Fox River watershed. We went from only three short sections of the river being designated as “impaired waters”, to almost the entire main stem. This sounds bad, and it was bad news. But the good news was that all “impaired waters” must have a plan developed to improve the conditions. IEPA’s re-designation transformed our calls for help into a plan of action.

A Plan of Action

The Fox River Study Group (FRSG) was formed to include stakeholders that include a few non-profit protectors (like FOFR), municipalities, and Illinois state agencies. After extensive and intensive research, including computer modeling, the Fox River Implementation Plan (FRIP) was developed and is now being implemented. Primarily, this has resulted in hundreds of millions of dollars being invested to reduce excess phosphorus that leads to the algae blooms that ultimately result in reduced dissolved oxygen levels that suffocate whatever can’t move to a healthier neighborhood.  Additionally, restoring the natural character of the Fox River by removing dams is another initiative of the FRIP. 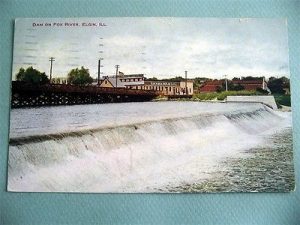 The dams that were constructed on the Fox River were primarily designed to provide hydro-power to grind grain, saw logs, and produce small amounts of electricity. In a few locations, the resulting impoundments behind the dams served as a source of ice for refrigeration. We have long abandoned using dams for those purposes. Their purpose has disappeared but their negative impacts upon the river’s health remain. In Illinois, nearly half of the Fox River is impounded behind a dam.

The ecological conditions in those pools resemble the habitat of a lake more than a river. A 1991 study found all 15 impoundments were rated a D-quality habitat, and areas below the dams were rated a B. In the impoundments, temperatures are higher, dissolved oxygen lower, nutrients and algae higher, suspended sediments more prevalent, and biological diversity less.

Additionally, the economics of maintenance, and the creation of treacherous potential drowning areas add to the water quality impacts. Considering that the dams are obsolete, dangerous and degrading water quality, the choice for removal seems socially and scientifically obvious. However, there is some ignorance and emotion in the public about this issue. It is our job to educate and get going on restoring the health of our river. 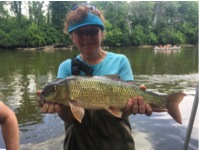 Over 20 years of water quality data by the Illinois Water Survey shows a steady decrease in problem nutrients. Correspondingly, 20 years of data from the Illinois Department of Natural Resources (IDNR) fish surveys indicate a slow and steady increase in fish diversity. The removal of a dam on Ferson Creek resulted in the re-population of eight species of fish in the first year that were not found in previous decades! If you remove it, they will come. In the words of IDNR Fisheries Biologist Steve Pescetelli: “Fish don’t lie.”

In addition to data that demonstrates improvement, much is being done by multiple organizations. Of the 29 sub-watersheds in Illinois, 20 have management plans and these local coalitions are pushing restoration projects that significantly improve local water quality. Municipalities are aggressively investing in practices that restore the land’s ability to provide its natural ability to protect water quality. A handful of nonprofits work to educate and empower the public to also be hands-on caretakers of the watershed. Small local efforts to convert lawns into areas that hold water where it falls (reducing stormwater runoff), and planting native plants to create new habitats, have a huge collective impact.

Scientific data demonstrates slow but steady improvements. The FRIP will continue to be implemented and accelerate this trend. The work of federal and state agencies, regional and county districts, municipalities, and the nonprofit sector engaging the public has created much progress to celebrate. “How is the Fox River doing?” Well, based upon the data, the accomplishments of many groups, and on-going efforts, I would say pretty well.

But much more needs to be done. The threats from the current administration in Washington DC are posing significant and possibly irreversible damage, not just for water quality, but all aspects of the environment. Climate chaos and the resulting extremes of flood and drought also play an undetermined role. We are doing well, but we all must be protective and proactive to “Keep on Fixin’ the Fox.” 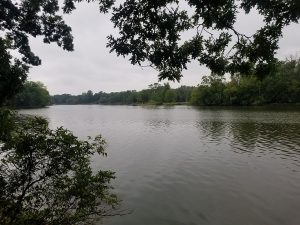