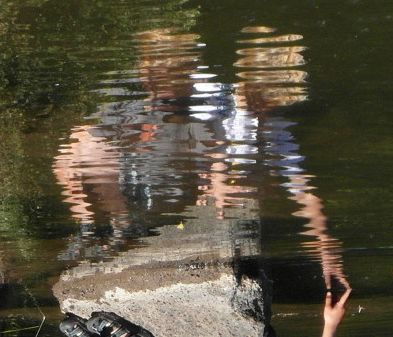 Last spring at our amazing “Love Our River Day“ clean-up and community celebration in Elgin, Kathy Haerr offered a water blessing during which she said: “Water has a memory”. I mentally scoffed at the idea. I took her to mean that water has a memory the way we have a memory. Sorry, I really don’t think if I look in the river it remembers my face.

And, as a “child of the sixties” and an ex-hippie (with impeccable hippie credentials!), I’ve heard all kinds of more or less goofy new-age woo-woo stuff for the last five decades! So my first reaction was to throw her statement in that bag. But the concept just wouldn’t float away. I couldn’t flush it out of my mind as easily as the seemingly endless and extraordinary new-age claims about the powers of foods, diets, magic stones or the alignments of planets and stars.

As I returned to thinking about this intriguing (for me) how-does-the-world-really-work question from time to time, I worked my way to a realization, and an understanding, that makes enough sense to me to share an idea I’ve never heard from anyone before.

Even our own bodies have microbiomes, ecosystems actually, living on our skin, in our mouths, and throughout our gut. 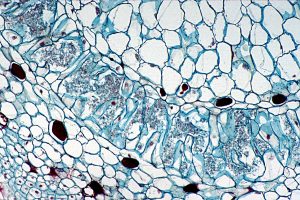 The human body is teeming with microbes—trillions of them. The colonies of bacteria and fungi that live on and inside us outnumber our own cells 10-to-1, and the viruses that teem inside those cells and ours may add another order of magnitude. Altogether the human body’s microbial ecosystem can make up anywhere from two to six pounds of a 200-pound adult’s total body weight, according to estimates from the Human Microbiome Project. And for most of the time humans have been on Earth, we weren’t able to see any of that. Even with that knowledge common among the scientifically literate, we are individually, and as a society, oblivious to this world around, and inside us.

And that’s just humans and the bugs that live on and in them. Think about your cat, plants, the birds on your roof and every living thing you can see carrying their own cloud of lifeforms along with them too!

No Body Leaves No Trace!

While every one of those invisible (to our eyes) lifeforms exist around us, they are not so small that they have no effect on their environment, or the environment we share. We, and they, leave behind traces of our tracks through the world. Not just the crumbs we drop, bones we don’t eat, or the residues we deposit, but we are constantly shedding a cloud of dead cells (containing our DNA), breathing out a cloud of something that on close inspection looks a bit like pond water, and smearing proteins and oils on everything we touch. And that’s when we’re clean and not leaking!

Imagine If You Will

So picture the micro world in four dimensions where the living are not discrete objects, but moving along a path through time like sloppy galaxies full of billions of out-gassing comets leaving clouds of dead dust in their wide diffuse wakes.

Then consider that the chemical world, where the processes that support or suppress life occur, are several orders of magnitude smaller than viruses. Now we’re just beginning to get glimpse of all the life swimming around us of which we can hardly imagine, can’t see, and the even smaller bio-chemistry of which we are entirely unaware.

The Touch of Water and the Water You Touch

And then it rains. Or you take a shower, flush a toilet, or touch the surface of a stream rippling down one of the Fox 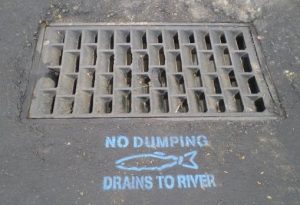 River’s flanking moraines. You don’t even need to touch the water, merely bending down and seeing your reflection dusts your dead skin cells, from your hair and skin into the water, and it’s off to see the world downstream.

You don’t need to even be anywhere near a waterway! Some of the trail of micro detritus you leave behind ultimately washes into a storm drain, lawn or swale, and is carried by water in a pipe until it emerges into daylight in a wastewater treatment plant, or by groundwater, from whence it all flows to a creek, or river, still carrying the signature of your unique genome.

Water does have a memory. It remembers every touch, every breath, and every chemical it comes in contact with. The river carries the evidence of your touch, and the touch of all the lifeforms that live within and around you. Rivers carry the traces of all you, and we as a society, discard on purpose, or simply leave behind, away.

The trail you leave as you travel through this world is touched by water and moves downhill, then it flows downstream. You have been traveling to the sea since you were born. And the ocean will remember your touch long after we’re all gone. 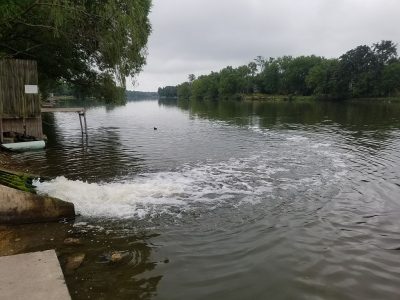