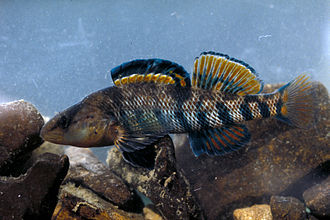 Rainbow Pride By Jack MacRae In the early 1840s the Fox River was the site of an important icthyological discovery of which we should all be proud. A Mr. S.C. Clark collected a small, nondescript female fish from the river and preserved it for scientific study. The fish was unfamiliar to the Illinois State Biologists … Read more