The Who’s Who of Fox River Protectors

Because our watershed is biologically significant, it’s experiencing continual growth, and it’s home to a lot of conservationists, the Fox River is fortunate to have an incredible assortment of protectors. The list of who’s doing what can be quite confusing, with an alphabet soup of acronyms.

The following is only a partial list of directly related governments and other entities associated with protecting and restoring the Fox River:

USACE – United States Army Corps of Engineers – housed in the Department of Defense. Permits for any construction in the waterway come through this office. Currently, they’re conducting a dam removal study on the Fox River.

NPS – National Park Service – also in the Department of the Interior, operating the National Parks and monuments for historic preservation and recreation. NPS will designate the Fox River as a National Recreational Water Trail.

IDNR & WDNR – Illinois & Wisconsin Department of Natural Resources – responsible for protecting our flora and fauna resources.  Their major focus is on management of state lands/parks for habitat and recreation. They manage the states’ game and endangered species. Your hunting and fishing license fees are essential in maintaining both human and natural resources. Enforcement and education are also components of their missions. Both agencies have had drastic cuts in their budgets over the last several years.

ISWS – Illinois State Water Survey – a Division of the Prairie Research Institute of the University of Illinois at Urbana-Champaign. The Survey is a leader in providing research on surface, ground, and atmospheric water resources. The Fox River Study Group has relied heavily on their assistance.

was signed into law by Governor Richard Ogilvie and became effective on July 1, 1970. As a part of that act, the Illinois Environmental Protection Agency was created. The mission of the Illinois EPA is to safeguard environmental quality, consistent with the social and economic needs of the State, to protect health, welfare, property and the quality of life. Among the very wide array of responsibilities are: effluent discharge permit regulation and enforcement, pollution event response, and education.

IPCB – Illinois Pollution Control Board – a quasi-legislative and quasi-judicial body that adopts environmental regulations and hears contested cases, effectively acting as an environmental court of law. It determines, defines, and implements environmental control standards in accordance with the Illinois Environmental Protection Act.

CMAP – Chicago Metropolitan Planning Agency – created in 2005 by the Regional Planning Act, it is a unit of government whose purpose it is to effectively address the development and transportation challenges in the northeastern Illinois region.

SEWRPC – Southeastern Wisconsin Regional Planning Commission was established in 1960 as the official area-wide planning agency for the highly urbanized southeastern region of the State. The Commission serves seven counties.

SEWFRC – Southeastern Wisconsin Fox River Commission – established in 1997 by Wisconsin Act 27, in response to citizen and community concerns over water resource problems in the Fox River. It holds the authority to carry out a number of programs and measures designed to improve water resource conditions in the Fox River. Programs include: research, education, and project implementation. They host the annual Fox River Summit.

They charged through this act to assist in conserving and protecting the land, water, air and other resources of the state. They provide a variety of services including consultation, project support, and education. 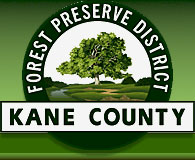 an opportunity for a taxing body for the purpose of acquisition, preservation, and management of lands, and their flora and fauna, for the purpose of education, pleasure, and recreation of the public. This established a system that has preserved huge expanses of land, and is still growing in every county in the watershed. All the watershed’s districts are increasingly active in preservation and restoration efforts.

County Governance – Each county has a department (with various different names) that deals with managing water resources. Many provide education, assistance, and regulation.

Dundee Township has acquired and is aggressively managing more than 800 acres as part of their Open Space initiative. Their most recent acquisition, Jelke Creek Bird Sanctuary is a model of gravel pit restoration.

FREP – Fox River Ecosystem Partnership – established in 1996 as an IDNR initiative to develop collaboration among groups and implement projects. They developed the Fox River Integrated Management Plan in ’98. It has served historically as a conduit for State and Federal grants, bringing over $11 million to our watershed.

FRSG – Fox River Study Group – The FRSG began meeting in the summer of 2001 to plan to prepare for the upcoming Total Maximum Daily Load (TMDL) study on the river. Federal law required a TMDL study because three segments of the Fox River appeared on the Illinois Environmental Protection Agency’s list of Impaired Waters. It is now a diverse coalition of stakeholders working together to assess water quality in the Fox River watershed. Based

upon scientific methodology, they developed the IEPA endorsed Fox River Implementation Plan, which recommends methods to reduce nuisance algae and phosphorous levels, and increase dissolved oxygen levels. The goal is to remove all sections of the Fox River from Impaired Waters status.

IWL – Izaak Walton League, Elgin – this chapter of the national affiliate was formed in 1932. The “Ikes” were the first citizen scientists to monitor  water quality in the U.S.

FOFR – Friends of the Fox River – FOFR is the only watershed-wide advocacy voice for the Fox River. Our Watershed Watchdog program involves 3000+ students annually in water quality monitoring of their local streams. Many other initiatives connect people to nature through advocacy, education, restoration, and research. Home base is our Schweitzer Environmental Center.

MCDEF – Environmental Defenders of McHenry County – their history began in 1969 when the Fox Valley Freeway was proposed. Since then, they have been on the front line, working closely with local, municipal, and county government while advocating for a healthy environment. They are a very diverse and active group.

TCF – The Conservation Foundation – founded in 1972, this is one of the region’s largest not-for-profit land and watershed conservation organizations with 19 paid staff and two demonstration campuses. They primarily work in DuPage, Will, Kendall, and Kane Counties. In addition to their unequaled land preservation efforts, they operate a wide variety of restoration and education initiatives.

VOF Sierra Club – Valley of the Fox – this local (Kane and Kendall) chapter was founded in 1992 as an affiliate of the Illinois Sierra Club, which is an affiliate of the national organization. Their Water Sentinels program has been monitoring local water quality for a long time, and has produced the “Creeks of the Middle Fox River; 2016 Progress Report”

Most of these groups have developed formal plans that have inventoried conditions, threats, and suggested projects to address the threats.

Paddlers, anglers, and a wide variety of outdoor recreation enthusiasts enjoy and work to protect the Fox

3 thoughts on “The Who’s Who of Fox River Protectors”